On Thursday, Sept. 19, musician David Zach, an advocate in the fight against human trafficking, spoke in Ballantyne Auditorium of his experiences using music to raise awareness about the more than 45 million people today who have been forced into that way of life. 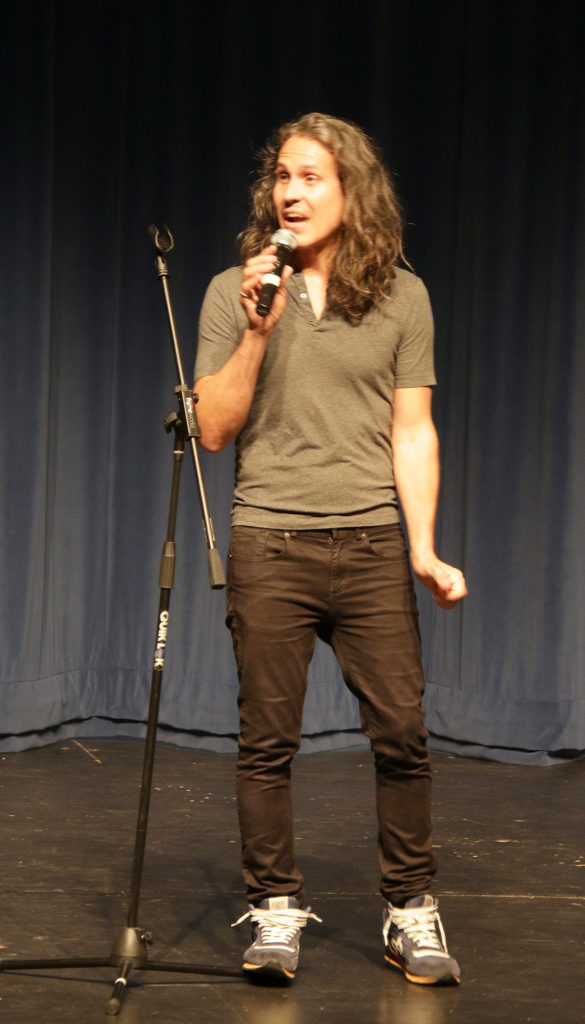 Singer and songwriter David Zach give a presentation on Human Trafficking in Ballantyne Auditorium on Sept. 19.

Zach is the front-man of a band called Remedy Drive. He said he had been researching human trafficking prior to being approached by Matt Parker, co-founder of The Exodus Road, a non-profit organization that fights human trafficking. Parker was looking for a band to be a platform for the work that was being done.

“I was writing a counter-trafficking themed album anyways, so when I met somebody that was doing the work, I was like, ‘Man, I don’t want to be singing about this. I want to do it, too,’” said Zach.

According to Zach, becoming active in a cause like this is called intervention. It is the first step in a three-part plan to help combat human trafficking. That is where Zach came in as an opposition to those running brothels and taking advantage of children and adults trapped in that oppresive environment. Zach said he intervenes as an undercover volunteer with The Exodus Road.

Zach explained that his role was to enter a brothel and subtly communicate with a worker if they are underage or do not want to be there. He asked them if they weren’t there, what they would like to do instead. 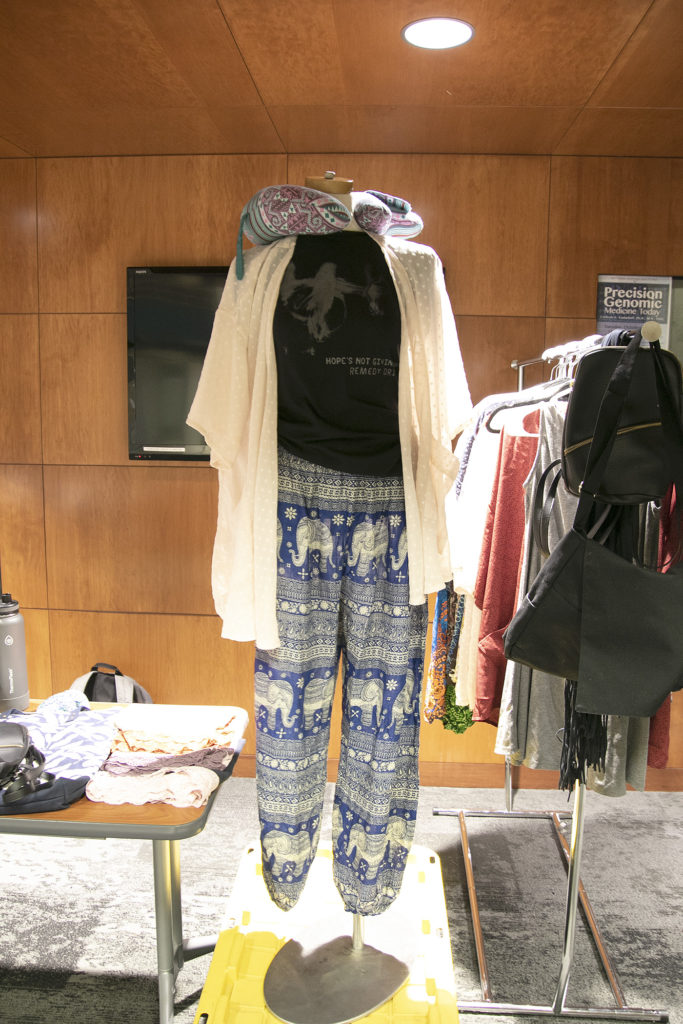 Some of the apparel which was offered for purchase during activity hour on Sept.19.

“It’s hard to leave girls stuck in it because we can’t just run with them. That’s traumatizing,” said Zach.

Following rescue, the next step is rehabilitation. During his speech, Zach shared a video of himself visiting Rapha House with his family, a non-profit organization that not only rescues children from trafficking, but also provides the tools to rehabilitate them by teaching helpful skills and providing an outlet for creativity.

The final step is prevention. Prevention goes hand-in-hand with awareness.

“I feel like people are more aware today than what they were in 2012,” said Zach, who began speaking seven years ago. “There’s people taking small actions, which is my goal…because I’m not convinced that any of us are going to fix it on our own.”