Eagles top the Tritons at the Consolation Bracket

The Eagles advanced to the fifth-place game after a victory over the Tritons on April 23. The final score was Kirkwood 50, Iowa Central 45, with the Eagles leading the entire game. This game put the Eagles at 23-2.

Kirkwood took a slight lead over the Tritons 35-34 at half. However, Iowa Central trailed 34-25 late in the second quarter and had a nice run at the end of the first half. They tightened the Kirkwood lead to just 1 point to end the half. But the Eagles were just too good. Though the Eagles and Tritons tied for the second half at 28-28, Kirkwood held on to win the contest. With the loss, the Iowa Central women basketball season is over. They finished the 2020-21 season at 13-10.

Kirkwood was led by Ashley Tull, who finished with 13 points, 8 rebounds, 5 steals, and 2 blocks. She was just 2 boards shy of a double-double. Tatiana Hodges-Johnson came away with 9 points, 1 rebound, and 1 dime. Naya Hayman, Dominique Rodriguez, and Kemara Watson all had 6 points in the win. Watson grabbed a season high 13 rebounds and 3 blocks. Tasia Jordan also had a nice day with the boards. Jordan had a total of 11 rebounds versus Iowa Central. They were not great shooting the ball, as they shot 27 percent from the floor in the win. They shot 21 percent beyond the arc and 52 at the free throw line.

Isabell West lead the Tritons in the scoring department 14 points in the loss. She had double-double with 18 rebounds. It was also a season high for West in the boards department. Carley West had a nice day with 10 points, 7 rebounds, 1 assist, 1 steal, and 1 block. Number 12 Autumn Dykstra finished with 6 points, 3 dimes, and 2 rebounds. Iowa Central was not good from the 3-point line as they shot 13 percent for the entire game. The Tritons shoot 25 percent from the floor and 54 percent at the free throw line. 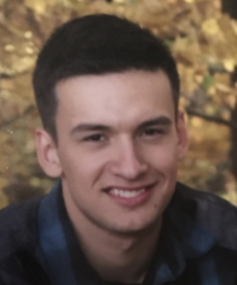