On the morning of Nov. 16, a group of Kirkwood Community College students embarked on a journey to Mall of America.

The group totaled 25 students and two staff members, all of which had signed up for the trip prior and gave a $20 deposit, which unannounced to them was returned at the time of arrival to the mall.

“We had eight signed up that were not able to go due to capacity,” according to Admissions Advisor Shannon Feldermann.

Feldermann also said that “This was the first Mall of America trip in about five years. The reason the trip stopped is that we used to do it the first weekend in December and there was always a campus visit day that weekend so between having Admissions tied up in that event and it falling shortly before finals, it became too hard to do,” said Feldermann. 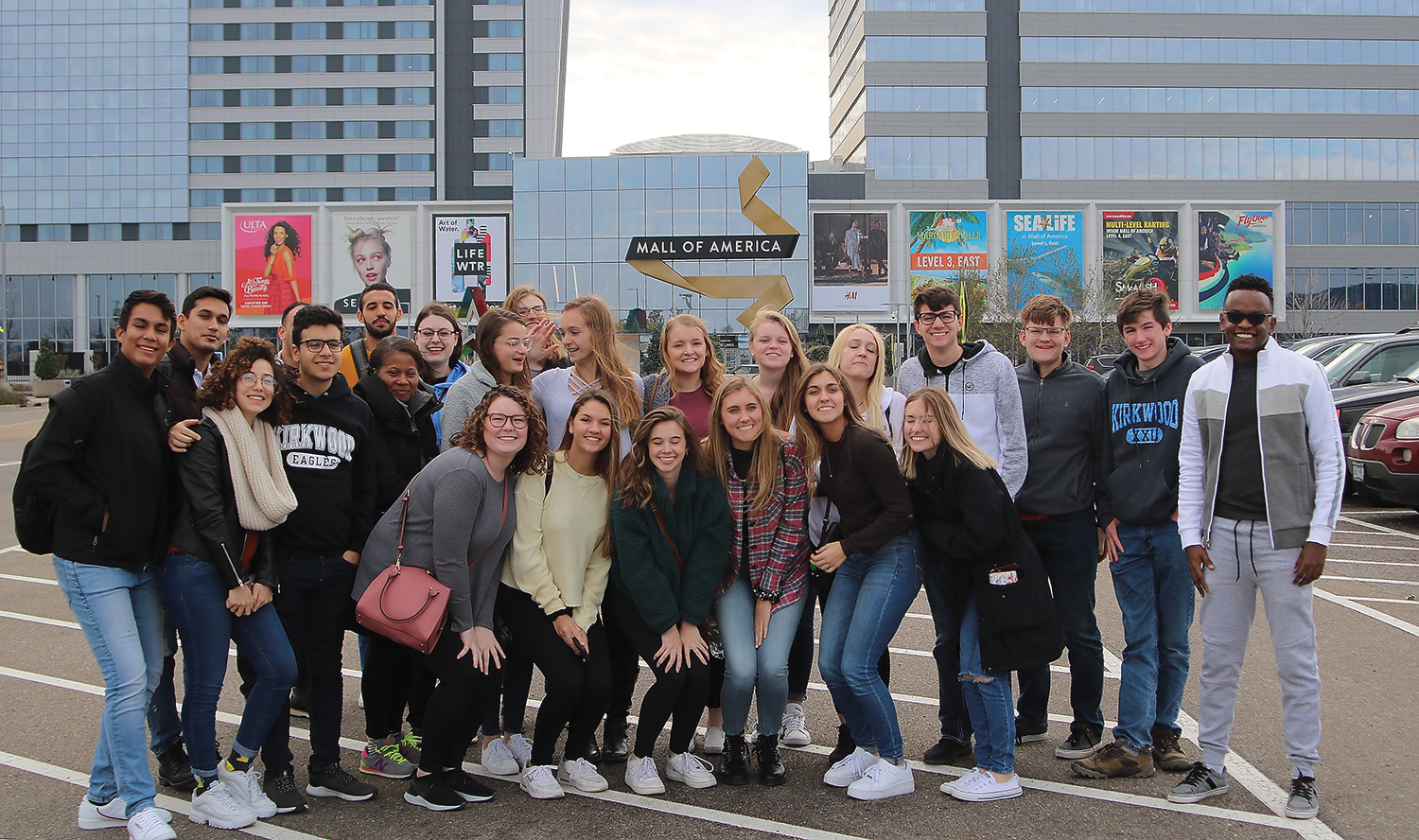 Photo by Juana Jones
Kirkwood Community College students stop for a group photo in front of the Mall of America on Nov.16. 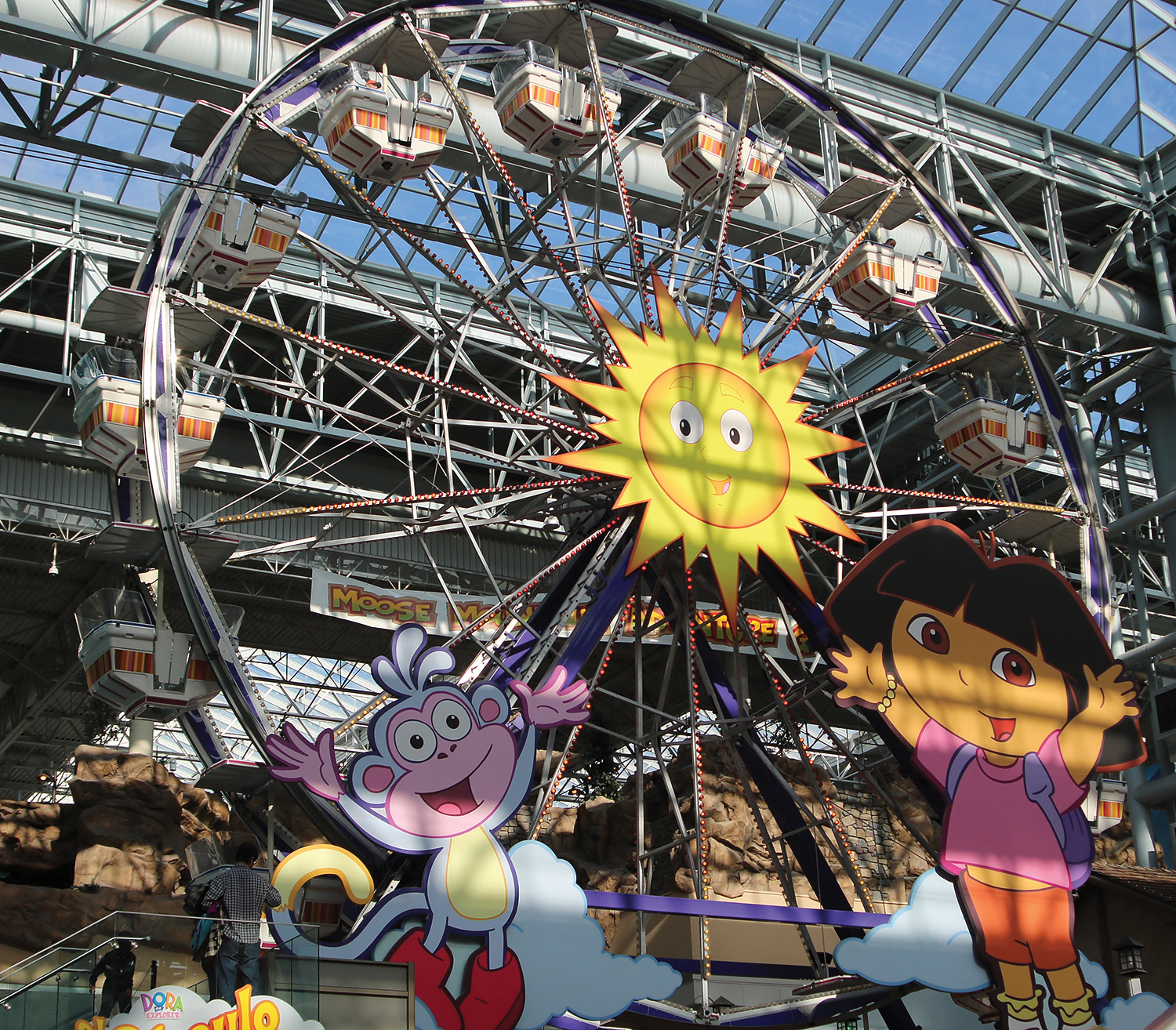 Photo by Juana Jones
The Dora the Explorer Faris wheel is on of the many attactions that Nickelodeon Universe at Mall of America has. 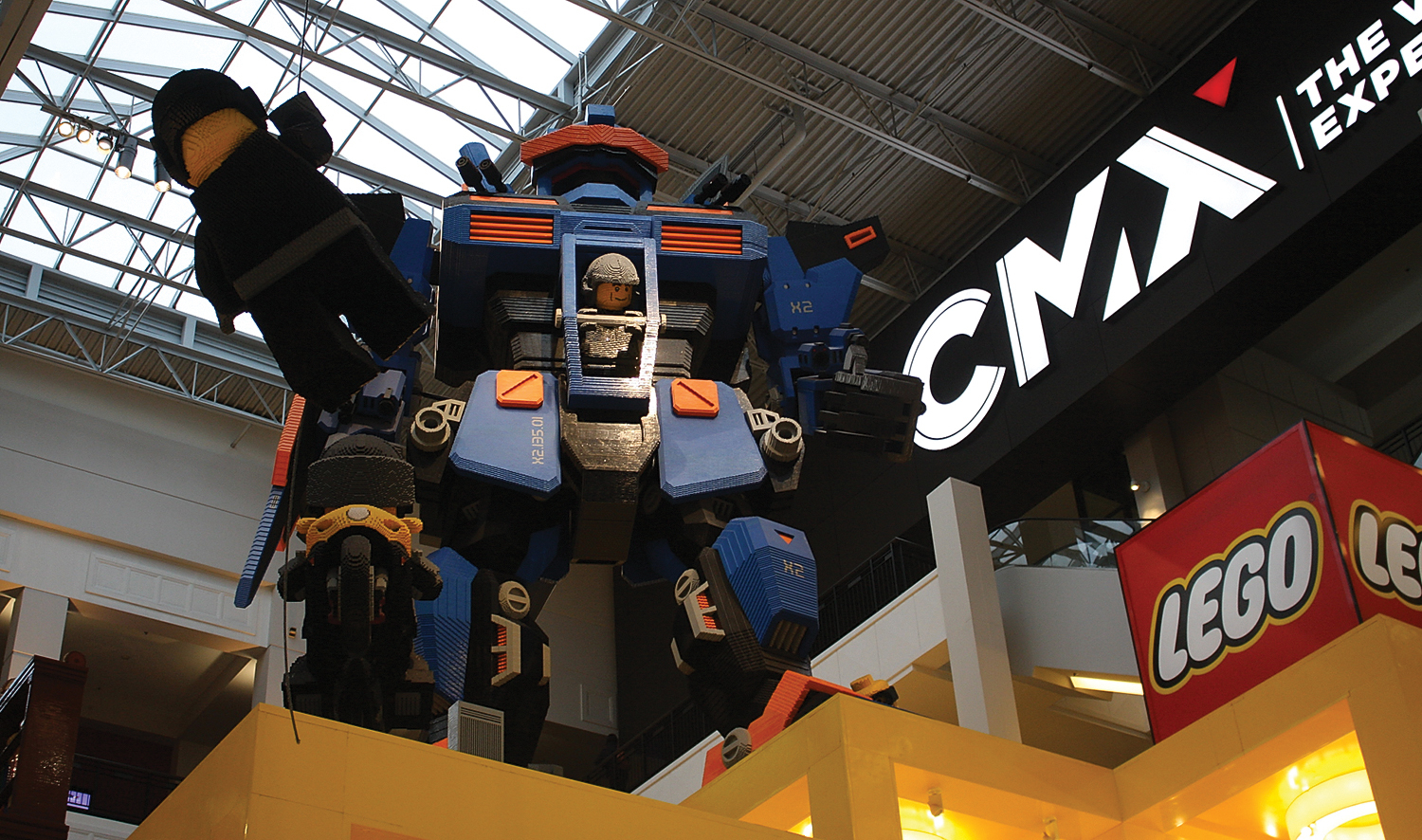 Photo by Juana Jones
At the Lego store at the Mall of America people can view a large lego Sclaptures made by lego Master Builders. 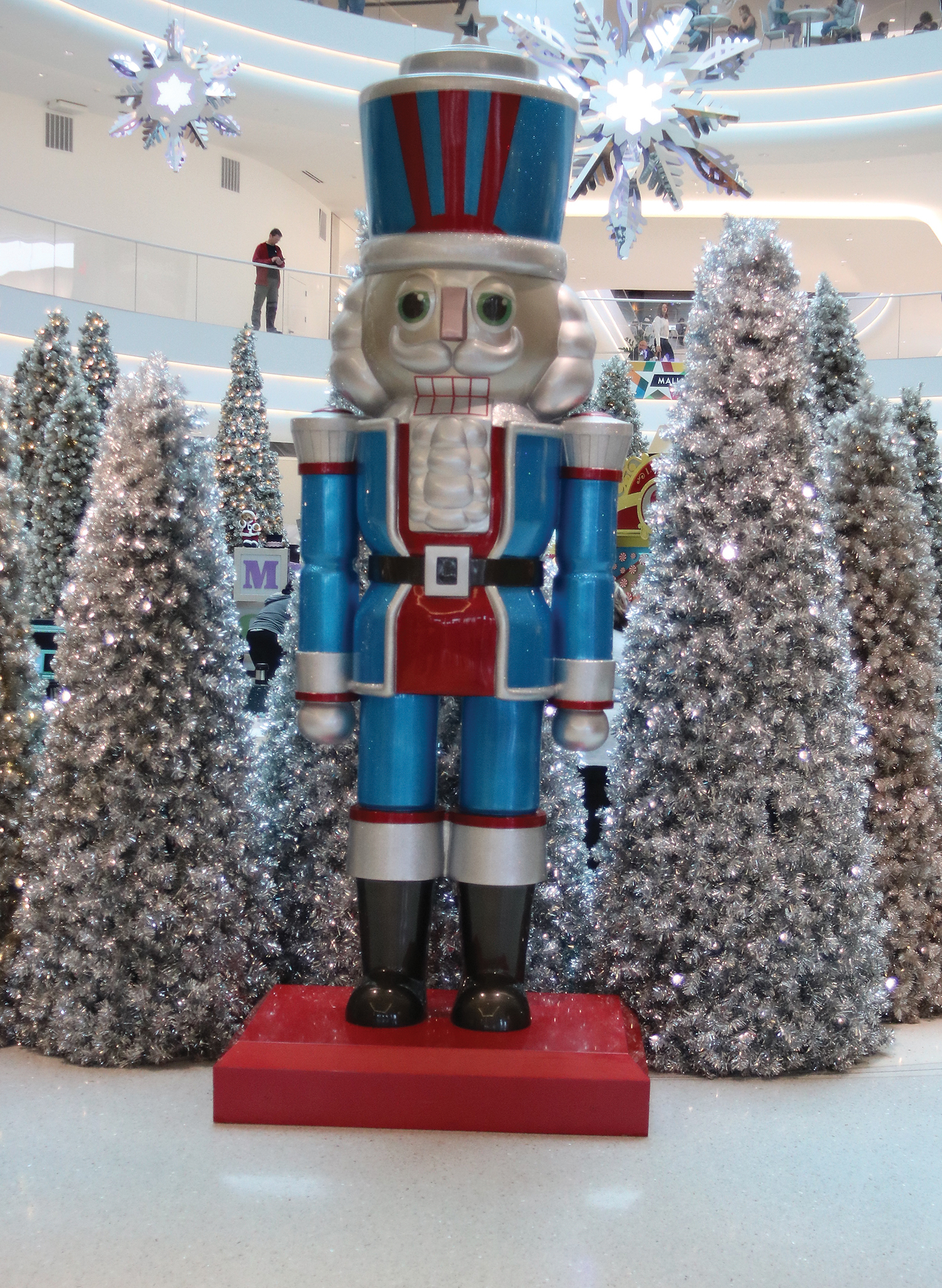 Photo by Juana Jones
A giant nutcracker greets shoppers just inside the entry to MAll of America. 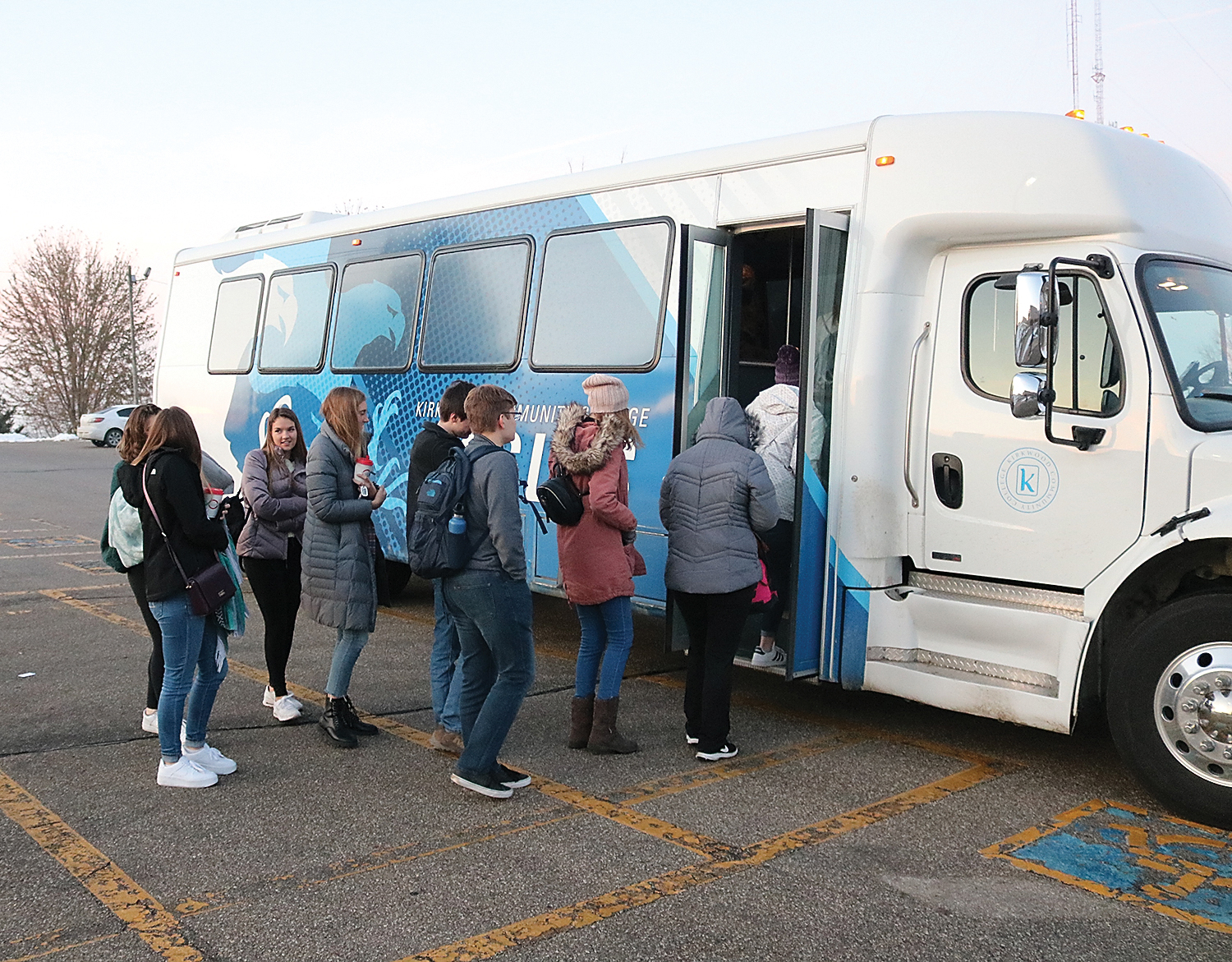 Photo by Juana Jones
Students load the bus to go to the Mall of America on Nov. 16.

Upon arrival, the students were given more than five hours to shop. However, according to Khalid Ali, a Liberal Arts major who went on the trip, said he thought that “There are a lot of options regarding food, shopping and activities inside the mall. I think five hours was not enough, though, because the mall was so crowded since it was a Saturday.”

In addition to the mall being busy before the holidays and it being a week, the shear size of the mall requires time to navigate.

The Mall of America is also the biggest mall in the nation; it expands 5.6 million square feet and is home to 555 stores, according to its website. Some of the stores found include those commonly found at other malls such as Hot Topic, Spencer’s and Game Stop. There are also unique attractions such as an aquarium, Nickelodeon theme park and Crayola store.

According to Ali, “My favorite part of the trip was Nickelodeon Universe because it’s one of the largest indoor theme parks in the U.S. and it has different options for all ages and I also liked the LEGO Store. The trip, in general, was so much fun.”