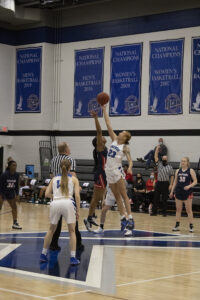 #2 Tatiana Hodges-Johnson cuts down the net after the team won the regional championship on Saturday, April 10, 2021. PHOTO BY JESSICA MCWILLIAMS. 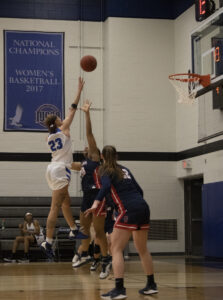 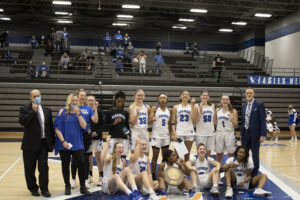 The Eagles took down the Spartans of Southwestern on Saturday, April 9. In fact, it was the third time the Kirkwood women beat Southwestern this season. No. 1 ranked Kirkwood defeated Southwestern 77-52.

The Eagles will take on North Platte Community College on Tuesday, April 20, in the first round of the national tournament in Hickory, North Carolina. The game starts at 6 p.m.