In May, Iowa Gov. Kim Reynolds signed legislation into law that legalizes students’ ability to carry stun guns on all community college campuses and state universities.

The law went into effect on July 1. There is a difference between tasers and stun guns. A taser has projectiles that can be used from a distance, while a stun gun must make contact to work. Under the Iowa law only the stun gun is legal on campus.

Kirkwood Community College Campus Resource Officer Landon Einck said he believes that “the new law will make the campus safer. Kirkwood is already a very safe campus, there are very few calls that I respond to but this may give peace of mind to students especially female student or students with night classes and I am all for that.” 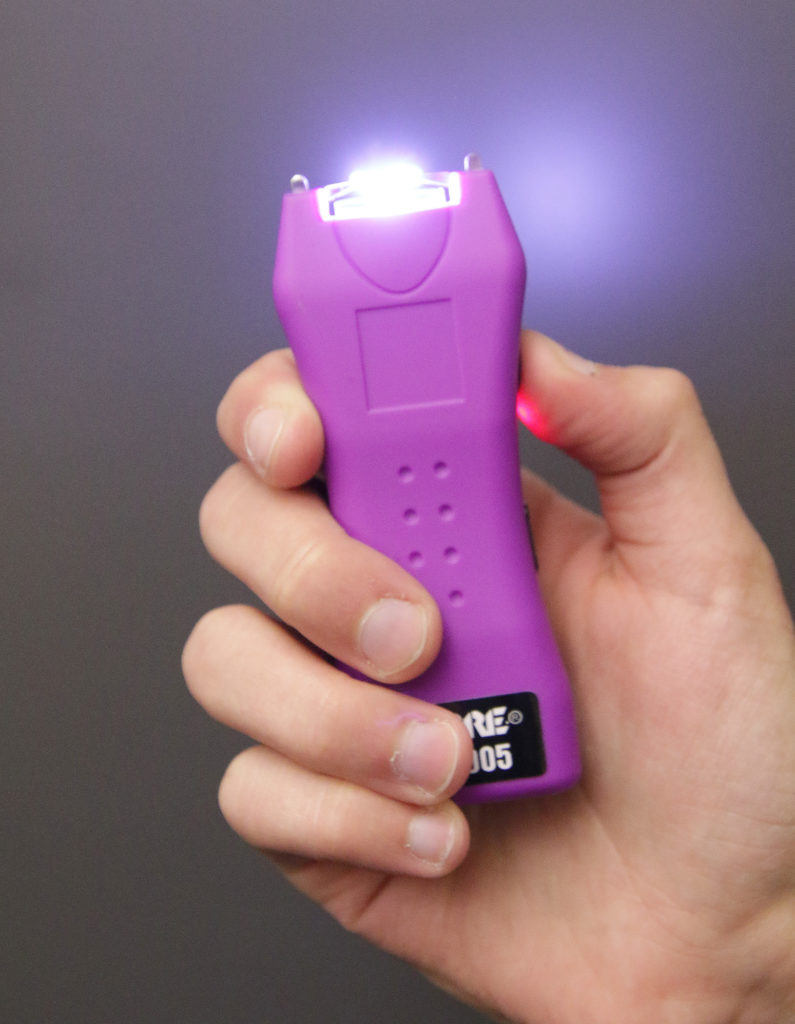 PHOTO BY Jeff Sigmund
Stun guns come in many different sizes and shapes, this is just one of the examples.

Einck stated that using a stun gun for anything other than an emergency situation can lead to expulsion from campus and criminal charges. S

The law still excludes reformed felons from possessing a stun gun on campus. Carrying a stun gun is not allowed in sporting stadiums or hospitals and it is also up to the student to store and handle their stun gun safely.

The new law does not change the existing law 724.4 that does not allow anyone unauthorized to carry a concealed gun or openly carry a gun on state university or K-12 school property, even with a permit to carry weapons.

In regard to the law change, Madison Pinckney, dental assisting, stated, “If you feel that you need it to protect yourself, I think it’s ok.”

Karly Bandy, associate of science, said, “I feel that it is similar to pepper spray but also more dangerous.”

Most self-defense experts and law enforcement personnel, like Einck stress the importance of situational awareness like not walking outside at night with ear buds in to avoid even needing to defend yourself.

Einck said some additional safety tips include  walk in groups or call security at night for an escort, stay on well-lit paths, avoid trees and obstacles an assailant may hide behind and keep your distance from someone walking toward you.

He added that when it comes to safety, be loud. There is no shame in staying alive. Leave night classes in groups and park in well-lit areas.