Basketball: A year in review

Starting in the fall of 2019 both the men’s and women’s basketball teams have been hard at work practicing and competing. This hard work brought the men’s team to win 24 games and the women’s team to win 29. Both teams made it to the semifinals to the regional tournament before losing to North Iowa Area Community College.

On March 9, the Iowa Community College Athletic Conference recognized multiple Kirkwood athletes for their and dedication to basketball. 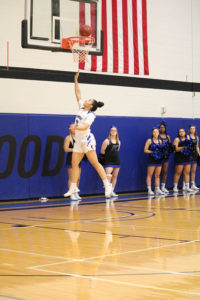 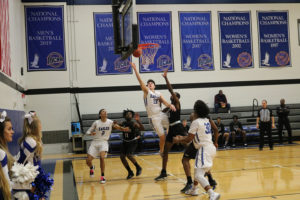 #13 Luke Appel, sophomore, scores a layup against Little Priest Tribal College during the the NJCAA regional quarterfinals on march 3. Photo by Juana Jones. 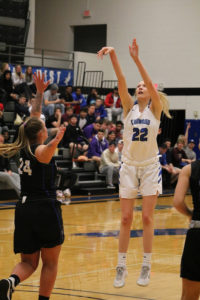 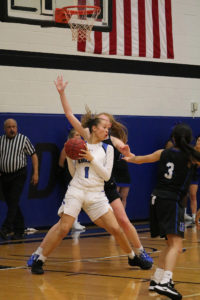 #1 Paige Bradford looks for an opening during Kirkwood's quarterfinals game against DMAC on March 5. Photo by Jessica McWilliams. 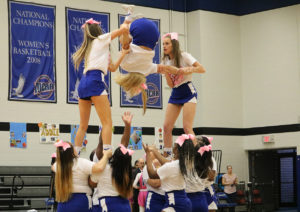 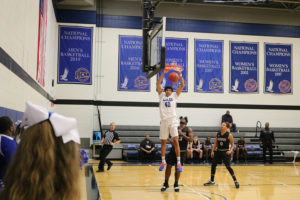 #40 Niko Gosnell, sophomore, slam dunks the ball during the quarterfinals of the NJCAA regional tournament against Little Priest Tribal College on March 3. Photo by Juana Jones.

Following Kirkwood Tomaszewski said, “I have no idea where I’m going to play next year and I’m thinking about doing something like exercise science.”

This year marked the first season for new Head Coach Tim Sandquist at Kirkwood.  Sandquist was hired in May to replace Bryan Peterson, who is now coaching at South Dakota State. Before Kirkwood Sandquist was at Northwest Kansas Tech where he coached for eight years.